Parents always want to make the best decisions for their children, particularly when it comes to discipline. Everyone will have an opinion and try to tell you how you should enforce household rules, but it seems like the most controversial method is spanking.

Spanking (defined as open-handed hitting on the buttocks or extremities with the intention of modifying a child’s behaviour) has historically been a common punishment for misbehaviour, both in North America and around the world.  It is also a controversial topic when it comes to parenting, with arguments that stem from cultural, ethical, religious, or human rights perspectives.

Many have studied the effects of spanking, but the structure of these studies makes it difficult to continue investigation because children who were spanked might have also received harsher forms of physical punishment.  This could result in the data becoming skewed.  Many studies have suggested that spanking generally negatively impacted children. More recently, there was a very large study to determine whether spanking was associated with detrimental child outcomes, when other harsh and potentially abusive methods were removed from the analysis.

“Spanking and Child Outcomes: Old Controversies and New Meta-Analyses” was a new study published in 2016 in the Journal of Family Psychology.  This study analyzed 17 child outcomes related to physical and mental health in over 160,000 children who received spanking as a form of punishment. What this study found was that spanking was related to many detrimental childhood and adult outcomes.  These were the results of the study:

spanking was associated with poor outcomes in children

Spanking was associated with the following nine outcomes in children who were spanked:

Spanking was associated with mental health outcomes that followed into adulthood

Spanking was associated with the following 3 outcomes in adults whom were spanked as children:

“Spanking and Child Outcomes: Old Controversies and New Meta-Analyses” also analyzed four additional outcomes including immediate defiance, child alcohol or substance abuse, and low-self regulation (which is the ability to manage strong negative emotions).  The study found was that childhood spanking was not strongly associated with any of these four outcomes.

Altogether, however, this study helps support the conclusions that parental use of spanking is strongly associated with detrimental childhood and adult outcomes.  Although spanking children to correct misbehaviour is a widespread practice, current studies suggest it could be ineffective as a form of discipline, and potentially worsen mental health and behaviour in the long run.

Learn more about other topics from Dr. Mom:

How is ADHD diagnosed?

How is ADHD Treated?

How can I help my child with ADHD? 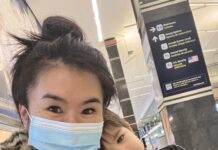