Attention Deficit Hyperactivity Disorder, or “ADHD,” is the most common neurodevelopment disorder among kids and teens. ADHD was formerly called “Attention Deficit Disorder,” or “ADD,” however this is outdated terminology that was replaced in May of 2013 with the publication of updated literature. (The5th edition of the “Diagnostic and Statistical Manual of Mental Disorders.”)

ADHD is very common; data collected by the World Health Organization estimates that the rate worldwide is about 3.4%, however the rate ranges across studies anywhere from 2-10%. The United States Vital Health Statistics reports that approximately 9.5% of all U.S. Children between 6-17 years old will receive an ADHD diagnosis. This is about 1/10 kids, or 2-4 kids in an average classroom.

Children with ADHD will often experience difficulties with attention, hyperactivity, or impulsivity in settings such as home, daycare, school, or work.

Symptoms of inattention include things like:
-making careless mistakes at school
-difficulty sustaining focus on a task at school or while playing
-seeming unable to listen when spoken to
-difficulty following through with instructions or finishing school work
-difficulty organizing tasks
-often losing things or forgetfulness.

Children who have challenges with hyperactivity or impulse control may:
-fidget or tap,
-have difficulty staying seated or squirm in their seat,
-run or climb in inappropriate situations,
-have difficulty being quiet,
-talk excessively or blurt things out,
-have difficulty waiting their turn or often interrupt others

The symptoms of ADHD often start in childhood, and can persist into adulthood.

Doctors suggest that these symptoms occur due to changes in chemicals called “neurotransmitters” in the specific parts of the brain that are responsible for sustaining attention and reducing impulsive behaviour. Brain imaging studies that show the functioning of specific areas in the brain suggest that ADHD is associated with a dysfunction of a chemical called Dopamine in a certain pathway of the brain, (in medical terms we call these the fronto-subcortical, parietal, and prefrontal cortex). These pathways in the brain are involved with paying attention and controlling impulses – allowing us to act on an impulse, or not to act on an impulse.  In ADHD, a dysfunction in this pathway makes it more difficult for children to sustain attention, and more difficult to control impulses.

Every person is on a “spectrum” of behaviour – naturally some people are more inattentive or impulsive than others, which can be normal. However, ADHD serves as an important diagnosis for children when these symptoms impair a child’s ability to participate in school, home, or play activities. 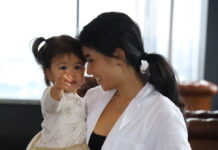 Why Sleep Training Will Not Hurt Your Child

What is Positional Plagiocephaly (Flat Head Syndrome) and How is it Treated? 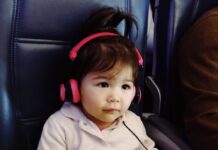 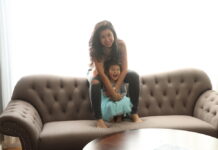 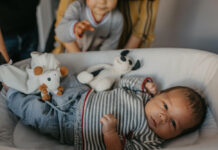 What is Thrush and What Can You Do About It? 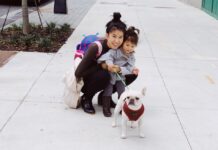 Can Having a Dog Reduce Your Child’s Risk of Developing Asthma?

Life of Dr. Mom is designed for the modern mom whom struggles with balancing family, work, and fun. With her experience working in women health, postnatal care, mental health, and Pediatrics, Dr. Mom works to educate the modern mom with the most relevant up-to-date medical evidence to support families and the healthy development of their children
Contact us: [email protected]

Why Sleep Training Will Not Hurt Your Child