Recently I wrote a post about the fraudulent science behind vaccines and their “association” with autism.  Unsurprisingly, this became a “hot topic” online with many likes, shares, and comments from parents. Vaccines can be a controversial topic amongst parents, with arguments against vaccinations stemming from worries about autism, child development, and preservatives.   Here I will talk about the additive Thimerosal is a preservative in vaccines (also known as sodium ethylmercury aka “mercury” or thimerosal). The words “preservative” and “mercury” make people nervous, especially when it comes to their children. But these are totally safe and necessary ingredients, and here’s why.

Why do vaccines need preservatives?

Preservatives in vaccinations prevent microbial growth, which prevents you from getting an infection when you receive them.  Just like a can of tomatoes in the pantry will have preservatives to prevent microbes from growing, so does your vaccine. Preservatives allow vaccines to be created and distributed across the world to save lives everywhere.

Thimerosal is an organic compound that is the most commonly used preservative in vaccines.  Its use dates back to the 1930’s. Thimerosal in vaccines is about 50% mercury by weight. The body metabolizes thimerosal to  “ethylmercury” and “thiosalicylate”.

Why are people worried about thimerosal in vaccines?

The short answer is that people think exposure to ethylmurcury or “mercury” is dangerous.

Historically this concern arose in 1999 when the United States Public Health and the American Academy of Pediatrics wanted to make sure that children receiving vaccines were not being exposed to toxic doses of ethylmercury.

They also wanted to make sure that the doses of ethylmercury children were exposed to were well under the guidelines stated by the United States Environmental Protection Agency.  In 1999, efforts were made to reduce and eliminate thimerosal in childhood vaccines, to thereby reduce exposure to ethylmercury.

Dozens of well designed studies surrounding ethylmercury in vaccines show that it is safe.

There have been dozens of studies surrounding the use of ethylmercury in vaccines.  All of these studies have found that at the dose in vaccinations, ethylmercury is not toxic and there is no evidence of harm.  The World Health Organization Global Advisory Committee on Vaccine Safety has not identified a preservative for vaccines that is more safe and efficacious than thimerosal.

At very high doses, mercury can be toxic to the body.

What are the signs of mercury toxicity?

·       Death of tissue (necrosis) around the injection site

The dose at which mercury is toxic to humans is 500x higher than the dose of thimerosal in vaccines.

For thimerosal, the toxic dose is >3mg/kg (22,800 mcg for your average 7.6 kg 6-month-old).  This is about 500x larger of a dose than the thimerosal present in your standard 6-month-old vaccination.

Despite the confirmation from the World Health Organization Global Advisory Committee on Vaccine Safety and the United States Public Health and the American Academy of Pediatrics that the dose of thimerosal in vaccines is well within the safe limits, some people are still concerned.  As a result, most childhood vaccines have removed thimerosal despite evidence that there are no safety concerns.

The inactivated influenza vaccine is the only vaccine that is recommended routinely in childhood which contains Thimerosal (in North America – different continents and countries have different formulations of vaccines).  Measles-mumps-rubella (MMR), varicella, inactivated polio, and pneumococcal conjugate vaccines do not contain thimerosal.

There was a study that measured mercury concentrations in the blood, stool, and urine of 216 infants ( newborns, 2 months old, and 6 month old children) 12 hours to 30 days after receiving vaccines containing thimerosal.  Blood mercury levels peaked on the first day after vaccination and returned to pre-vaccination levels within a few weeks. Mercury was virtually undetectable in urine in all samples. The cumulative dose of mercury in the six-month-olds ranged from 112.5 to 162.5 mcg. As stated above, the dose to be toxic is around 22,800 mcg for ethylmercury in a 6 month old.

The preservative Thimerosal and its metabolite ethylmercury is rapidly eliminated from the blood of infants who receive thimerosal-containing vaccines.

All in all, there is NOTHING to worry about with thimerosal in vaccines. 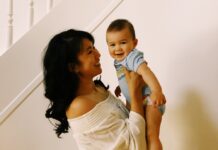