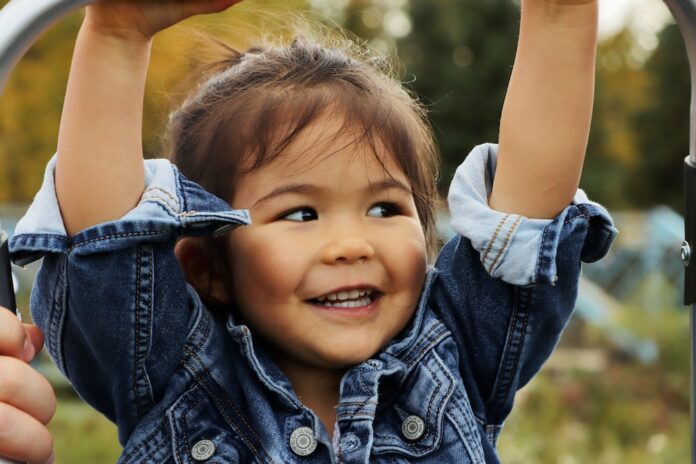 The terms “tantrum,” “meltdown,” and “anxiety” are often used interchangeably however, they are actually all different terms used to describe different behaviours.

A temper tantrum typically results when your toddler or child isn’t given what they had wanted (Kadane, 2019). Temper tantrums are typically used when the child is testing boundaries to see if their caregiver will give in to their demands.

Temper tantrums are part of normal development and can involve behaviours like screaming, kicking, flopping, and crying. For example, perhaps you said no to your toddler’s request for a snack right before dinner. The crying and screaming that resulted would be considered a temper tantrum.

Meltdowns can look very similar, behaviourally, to temper tantrums. However, it is important not to confuse the two because the behaviours are coming from very different emotional roots.

Meltdowns result from internal emotions that are too overwhelming for the child to handle (Kadane, 2019). For example, being in an over stimulating environment or exhaustion can result in a meltdown. If ignoring or giving into your child’s demands do not work to calm your child, these are clues that they are having a meltdown rather than a tantrum.

For example, my two year old had a difficult time adjusting to the structured environment of preschool. After his afternoon nap, he would cry and scream apparently for no reason, sometimes for 45 minutes! However, I soon noticed a pattern in his behaviour noting that these behaviours only happened on days he was in preschool. My interpretation of his behaviour was that he was overwhelmed by the demands of preschool and was having a meltdown as a result of the pressure. Eventually, with parent support, his meltdowns resolved after an adjustment period.

A child’s response to feelings of anxiety can often look like a temper tantrum or meltdown. It is common for toddlers and children to respond with anger, aggression, crying and screaming when they are feeling anxious. However, these behaviours come from an emotional place of “fight, flight, or freeze.” When experiencing intense feelings of anxiety, our body will take over and respond in ways that are “fight, flight, or freeze.” Similar to meltdowns, the behaviours are from a place of overwhelming emotion that the child is unable to process.

It is important to note that with meltdowns and anxiety, the child does not necessarily have control over their emotions. They come from an emotional place that is instinctual to the child.

As a parent, how you respond to your child will be very different depending on whether they are experiencing a tantrum, a meltdown, or anxiety. Your response to a meltdown and anxiety may be quite similar because they are both coming from a place of overwhelming, unmanageable emotion. However, your response to a temper tantrum will be different because the behaviour is coming from a place of demand.

With regards to temper tantrums, ’natural and logical consequences’ may be an appropriate way to determine a consequence for your child’s behaviour.

Natural consequences occur without parent or caregiver involvement. For example, perhaps your child refused to wear their toque to school. The natural consequence would be that they are cold.

Logical consequences involve action taken by the parent or caregiver, and are connected to the behaviour. For example, your toddler chooses to have a tantrum at the playground and as a consequence you take them home. Another example may be that your child is required to pay for an item they intentionally broke out of anger.

As a parent, I find that logical consequences help my child understand behavioural expectations and help him to control his emotional responses to the boundaries I set. Often, just a reminder of what happens as a result of his behaviour is enough to stop the behaviour from becoming a full fledged temper tantrum.

For example, my son and I were out together and he saw something he wanted to look at. He and I spent some time looking and then I started to prompt him (1 minute then 10 second warnings) that it was time to leave. His response to my prompts indicated to me that he was going to have a tantrum if I forced him to leave. So I reminded him that if he chooses to not listen and have a tantrum, we cannot go out together anymore. This was enough of a reminder for him to listen and I counted down from 10 once more and we left without any problems.

Your response to emotional challenges associated with meltdowns and anxiety will be quite different. It is important that your child not be given a negative consequence or punishment when they are experiencing a meltdown or anxiety.

I try to provide an ‘emotion coaching’ approach. This approach demonstrates your understanding of what your child is feeling. You might say “I can see that you are feeling overwhelmed at school right now” or “It is very scary when we have to do something we are afraid of.” By labeling your child’s feelings you are helping them develop an ‘emotional vocabulary’ that they can begin to use. You are also demonstrating your understanding and empathy as to what they are feeling. Your child will tend to feel understood and supported in their feelings.

This post was authored by Lisa Curial, B.A., M.Ed., R. Psych. Lisa Curial is a Registered Psychologist living in Edmonton, Alberta. She has worked all over the province supporting school aged children. She is currently on maternity leave from her position with the Edmonton Public School Board where she works to support children in the school system.

Kadane, L. (2019). What’s the difference between a tantrum and a meltdown?  Retrieved from: https://www.todaysparent.com/family/parenting/whats-the-difference-between-a-tantrum-and-a-meltdown/

Lisitsa, E. (2020). An introduction to emotion coaching. Retrieved from: https://www.gottman.com/blog/an-introduction-to-emotion-coaching/ 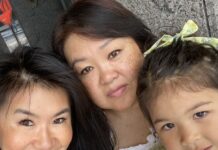 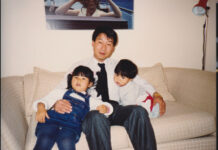 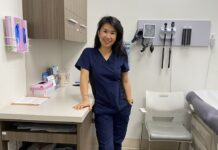 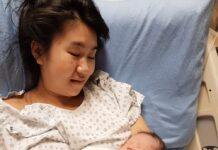 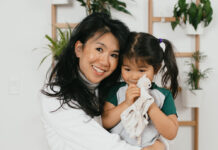