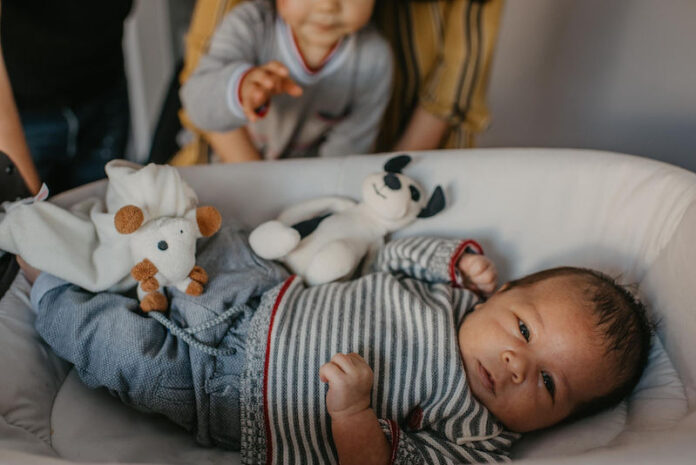 Vitamin K is a substance our bodies need to stop bleeding and form clots.  Vitamin K primarily comes from the food we eat, like green leafy vegetables, or fish, meat and eggs.

Babies are born with very little vitamin K in their bodies.  This puts them at risk for very serious bleeding problems if it is not supplemented.  These bleeds can happen anywhere in the body, even the brain.

Vitamin K Deficient Bleeding (VKDB) can occur in a baby up to 6 months of age.  It is classified in 3 different stages:

Signs and Symptoms of VKDB

Unfortunately, in most cases of VKDB, there are no warning signs before a serious bleed occurs.  Some babies may show the following signs:

Early and classic VKDB is more common and occurs in 1 in 60 to 1 in 250 newborns.  It is more common in women who are taking certain medications during pregnancy.

Late stage VKDB most commonly presents as intracranial hemorrhage – a life threatening bleed in the brain.  This most commonly happens in exclusively breastfed babies not given vitamin K at birth.  Fortunately, the incidence of this is even more rare at less than 1 in 14,000 babies.

Vitamin K is given to all newborns within 6 hours of birth.  It is administered by an injection into the thigh muscle.  The recommended dose by the Canadian Paediatric Society is 0.5 to 1mg, similar to the American Academy of Pediatrics. The injection is preferred as it is more effective at preventing late stage VKDB.

In some countries, vitamin K is given by mouth.  Other times, parents may opt for the oral route instead of the injection.  This is not as effective at preventing VKDB, especially late stage VKDB, because vitamin K is not reliably absorbed by the stomach and the effect doesn’t last as long.

There are no side effects to the vitamin K shot.  The injection site may have some redness or tenderness.  This subsides quickly.  Cuddling or breastfeeding your baby when they give the injection will help to reduce any pain or discomfort.

What about preterm infants?

Preterm infants are at higher risk for VKDB.  The recommendations for vitamin K also extend to babies born earlier than term, even those requiring NICU care.

All infants should receive an intramuscular injection of vitamin K within 6 hours of birth to prevent VKDB.